10 Animal Read Alouds with Movies to Watch After

Movies centered on animals are some of the most family-friendly films.  Adults and children alike will love these classic read-clouds on screen.  Still, I’ll always recommend previewing any films you plan to show little ones!  If you don’t have the time to preview, watch the trailer and then look up the movie on Focus on the Family’s Plugged In or Common Sense Media for full reviews. 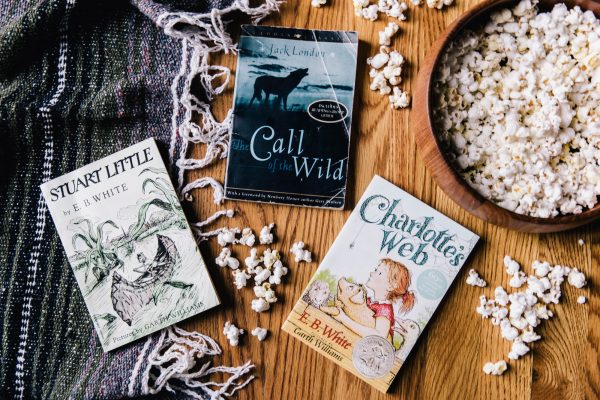 We’re currently reading this book and plan to watch the 1994 version by Warner Brothers. (There was a Disney+ version put out in 2020, but it didn’t appear to be as family-friendly!) The later adaptation also changes the setting and time, placing characters on a ranch in the American West.

The 1979 version directed by Francis Ford Coppola is in our cue!

3.) Where the Red Fern Grows

This movie may be too sad for some children, but mine handled it really well.  It’s a wonderful adventure with so many beautiful lessons to learn about dreams and hard work. We recommend the 1974 version starting James Whitmore.

Before we watched this movie, we listened to the audio book version narrated by Cherry Jones, which I highly recommend!  This movie stuck very close to the storyline and made the characters and setting come alive even more.  It’s one of my favorite animal films.

The 1957 Disney version of this Newberry Honor book is one I think all families should watch!  And it’s one of Disney’s better early dramas.

The movie title, Homeward Bound is different from the book title.  Yet another 90’s classic; this one has a star-studded cast doing voice-over for the animals. (Sally Field, Michael J. Fox, and Don Alder.)  The nature cinematography is also notable.

This Newberry medal book has a wonderful film adaptation by Warner Bros. done in 1996.

There are actually a very surprising amount of movie adaptations to this book.  Disney’s 1949 version is the best.  It’s now available as part of the Disney Animated Collection, which features vintage Disney shorts in a series of nine volumes.  The Wind in the Willows is featured on Volume 5, along with a handful of other short animations.  It is unfortunately only available on DVD. Check with your library to see if they have a copy (mine does)!

I hope you enjoy planning your next family movie night with this list!

If you’re just introducing picture books to little ones, you want this list of beloved books for your preschool basket!   (You might see a few of our favorites re-appear!)

To see all of my book lists (for mamas and kids) in one spot you can go here, or you can sign up for my newsletter to see what I’m reading each month in real time!